This biography contains briefly about him and what has happened so far and who he has worked with and a little about what is happening right now. 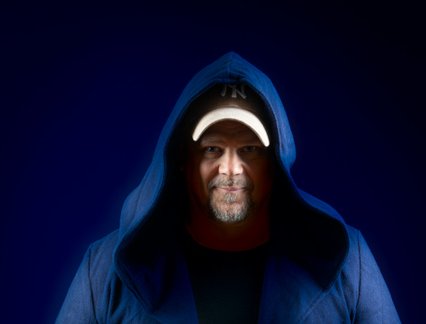 Thom Maximus Holmberg is the real name behind COY Swede a new upcoming music Producer and Artist based in Stockholm, Sweden. He wants to work in many wide music genres in the future.

Most of the times he also are known to compose and does his own songwriting in his music projects. But are very open for matching collabs. Always looking for that new interesting mix and sounds.

Thom has a classical music background. He started by playing the drums at an early age and rose to the top of his class very fast. His music teacher was a great inspiration and this was one of a defining moment in his childhood. Even if his main instrument is the drums, he could never let go of the families white piano when he was a kid. Growing up, life took other turns, and the musical part of him went into hibernation for many years. About 4 or 5 years ago the music started coming back to him. This resulted in him starting to use a DAW system.

Some of the songs that he composed on his family’s white piano when he was12 years old have stayed with him till this day. It was like they were trying to finding a way to get out. That is the start of the journey he is now on, inviting you all to come along. Experiencing his music step by step. Thoms goal is to produce music. He enjoys finding new sounds and looking for potential inspiring collaborators.

One thing that is worth mentioning is that he one Edm song You Are was selected as one of the best singles in 2020 by an independent music blog Electrowow. The song has passed well over 100,000 streams on spotify. During the same year, his music video and song Lose Heart were noticed by both an independent video channel called Tikikiti for an interview and the song reached a musicologist who wrote a long thesis about the track and was very impressed by the layering and vibe in the song.  During the year 2021, he collaborated with new artists such as Camila Carballo in the song Believe In Us, Luke Coulson for How To Love and an Italian singer Marco Finotti, Roundrobin in the song Fixing Us.

This year 2022 will be very exciting for you who follow him as he has expanded his collaboration via the platform soundbetter with artists like, Mariami Bibilouri, Joey Diggs Jr., Quincy Thompson and James Auwater audio engineer who has worked with names like Kanye West, Rihanna just to name a few. James and COY Swede have already started discussing more upcoming music projects together. His rating are only five stars and very high on Soundbetter, and that is only as client this far!

There are talks about him doing a debut this year for the first time and more are included in that!  So stay tuned and you'll find out!